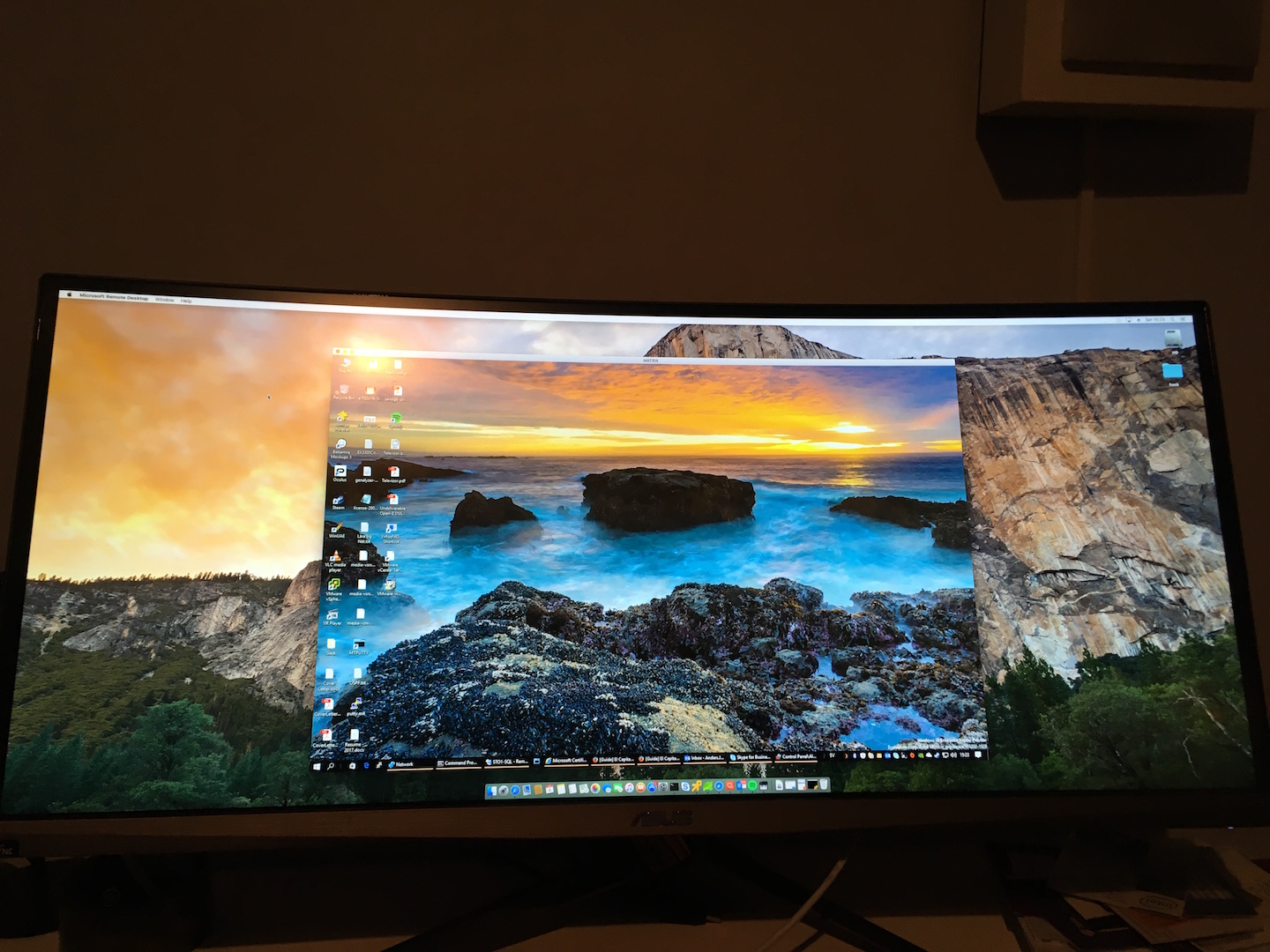 This is somewhat a continuation of my first mac attempts almost 25 years ago. Back then Apple computers where even more expensive and lacked most powerful tools. But they did share a common technology with the home computer Commodore Amiga – Their choice of CPU. Motorola where dominant back in the days if you didn’t want to go Intel. Running OS 8 on an Amiga was not impossible and was in most part faster than running it on a real Mac as you where able to get the fastest CPU (68060) for the Amiga whereas that was not possible in a real mac. I remember writing my high school thesis on Apple works using an Mac emulator on my Amiga 4000.

After that I’ve moved between Amiga, PC, Mac, PC and now again back to Mac (and in between some Linux attempts). Someone who has had that extensive knowledge about various computer platforms and operating systems might not think that the OS itself is of that big deal. I have myself on a number of occasions argued that if only the applications are somewhat what you would need then the OS itself is less important today. Windows 10 has felt as a huge step in both productivity and visual design.

Design is everything
One could think that I have no interest for design, as I’m a real geek – people who read my blog here can perhaps agree 🙂 But for me it’s not all about the performance and features. Web developers prefer OSX for good reasons. It does give you access to software that is well put together and OSX offers an ecosystem that feels more natural. I can admit that these words does not give the perfect explanation, perhaps not at all. But just having a terminal accessible from the OS itself without having to download putty or some other tools brings value. Having built-in shortcuts for taking a picture of a portion of your screen is efficient. These things are software well designed and that works well.

The Mac landscape
I have owned 7 macs in my life. Currently I own one old Mac Mini and one really old MacBook Pro, and not to forget a few iPhones. Before that I have had not only one but two Mac Pro’s costing more than a fortune. Today it’s really hard to feel your getting value for your investment for some parts of the platform. I wouldn’t mind getting myself another Mac Pro (as I have had two in the past) but spending money on a hardware that is overpriced and about four years old does not make sense even if you have 500M USD. The same goes for the Mac Mini (one earlier generation that I own), three years since it was updated. Buying a new mac for myself was not an option.

Building your own mac
I have on a number of occasions had serious thoughts about building myself a hackintosh. For you who does not know the term it’s referring to the fact that your mac it a hack, i.e. your hardware is build by yourself based on regular PC hardware, either your building it from scratch as most do (motherboard + cpu + gpu + networking + case etc.) – or, as in my case a standard “PC” (more on that later) already having components suitable for running OSX.

Before everyone gets exited running a hackintosh will require some reading online. There are excellent forums like www.tonymacx86.com where you can get assistance in their forums. However, as most “hackintosh builders” have limited knowledge about computers forums tend to have more questions than answers, specially if your hackintosh has a combination of hardware that has not been used before- for example a motherboard + gpu combination that’s rare.

I however tried to take the shortest path possible (following the electrical resistance rules) and build myself an Hackintosh based on a Intel NUC. Intel NUCs are quite common and cheap. If you have not seen them before they are what Raspberry Pi on Linux are in the Windows world. You can get a really cheap Windows computer with all Intel hardware. Intel and Apple have been friends for some time now….

The hardware list
This will be a really short list as I’m not building custom hardware here:

Please note: The intention of this blog article is not to guide you through the complete steps required to get you up and running with your own hackintosh, as I mentioned before there are better forums for that on the internet. I’m describing the experience and the outcome of the project in this particular blog.

The installation of OSX is quite painless. It took me about 30 minutes to read from the USB stick. Multibeast helped to inject even network drivers for my NUC that showed to be very helpful as you might want to read on additional steps after the installation was complete.

Initially I had some issued with the patched graphics drivers for the embedded graphics card but discovered that the BIOS settings where wrong. After that my Macintosh worked fine.

Aftermatch
Once my Hackintosh got running (booting in 10 sec) I’ve applied patched for the Bluetooth so I could connect my Apple bluetooth keyboard. I also connected my wireless gaming gamepad (Logitech F710) so I could run retro NES games (and more). Perhaps I should say that I have not invested time to get Wi-Fi working as I’m not a big fan of wireless network for your main computer. Audio is delivered over HDMI to my amplifier and my screen is connected over DisplayPort. That works great, however OSX is from the ground up an Audio OS you might need to do configurations to get surround sound working as expected. For now I’m using two channels audio for regular apps and that works fine. I have not yet experimented with VLC and running DTS or Dolby Digital surround sound. The only part that is currently missing would be the iPhone pairing, that’s a bit more complicated and I’m aiming to have that sorted out during the next week or two. 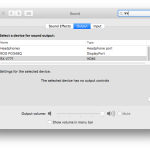 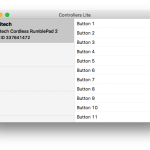 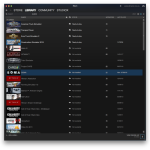 It’s all about the apps
As I’m not new to OSX it’s of course easier to “catch up” on the software side. Last time I ran mac (Mac Pro) as my main PC was about 7 years ago so I’m a bit behind. The most annoying bits back then was Microsoft and VMWare.

I do rely on the Office suite for work and personal stuff, yes there are alternatives but converting all your files and getting the same experience with another Office suite is nothing I have the time and energy to do. Microsoft office has for a long time been behind its “cousin” Windows release. Office for Mac however finally feels like it’s in the same league, perhaps not as good as the Windows version but really close. One of the most annoying thing is that Outlook (a program I use a lot as I’m running Exchange 2015) has decided to place their search bar at the top right corner as if search it no longer relevant.

One app that does not, and in my humble opinion has never been in pair with the Windows version is Skype for Business. Based on what I’ve seen Skype for Business for Mac was a really fresh approach to get enterprise collaboration tools working for Mac. However it’s a mess and only have a fraction of the features the windows version has, not unlike the “Lync 2011” Mac version. It’s actually so bad that the browser version (for joining meetings on the web) has about the same features as a real client. Microsoft will have to do better here..

VMWare has finally decided that big fat clients are not relevant in the “cloud” era. As a result you can now manage your  on-prem cloud infrastructure from your browser. That works well on the mac, including the VMWare remote console you can download for OSX. Microsoft has also (finally) done some investments in Remote Desktop and supports most of the Windows features in their OSX Remote Desktop app. I’m myself a big fan of tabbed applikations but that’s not an option for either Microsoft nor VMware. On the subject I can say that there are 3:th party apps that can do these things but as of writing I have not had time to try them out.

Gaming
Sure we all love to hear about gaming and running games on hardware as limited to what I have to my disposal would not be fair. Apple has never been strong on gaming and when I installed Steam on my hackintosh very few games where available (see above screenshot) and they ran horrible, but that was somewhat expected on the hardware at my disposal.

However one of my main goals with building myself a hackintosh was the ability to remotely run PC games. My intentions is not to abonbdent PC gaming, how tempting it might be when switching to OSX.

My PC is still here somewhere and I’d like to make use of it. So I’ve tried the great Steam feature “In-House streaming” that allows you to launch an PC steam game remotely from your Mac. I’ve started with Mafia III, that happens to be a game I enjoy and have played for some time. It actually worked somewhat alright but the frame-rate was horrible. For some reason it seems to be capped to 30 FPS whatever settings I tried. In some cases it consumed about 800 Mbit/s, not realistic for a standard streaming service running at 30 FPS. My hackintosh does not have the most advanced hardware but I’m capable of running 4k youtube videos without issues. My PC has high-end (GTX 980Ti) graphics cards and works well.

The real challenge however is to run Citrix HDX that’s mostly aimed at VDI solutions (Virtual Desktop) for corporate scenarios. As an Citrix Partner I’ve run battlefield and others remotely before at great speeds and latency so I’d like to give it a try. Stay tuned! 🙂

Summary
I’d never imagined that the transition to OSX on an “fake” Mac would work that well as this hack has. I consider myself “migrated” to OSX as my main PC on hardware that is not really supported by Apple. I consider myself as an Apple supporter based on my previous purchases and still own a lot of Apple hardware.