Is it possible for Microsoft to build a seamless Skype experience?
Monitor your firewall with ELK – all open source

We where all exited when Microsoft earlier announced that Exchange 2016 public beta would ship in August, however summer came early this year, about a week before Windows 10 is about to be released we got another present from Microsoft – the all new Exchange 2016

If we have watched the presentations from the latest Microsoft events I’m sure you already are familiar with Exchange 2016, but to summarize the new release:

Exchange 2016 contains a lot of new features, I will just highlight a few of these here.

Now let’s dig into the requirements of installing a server, not sure it this will be true for the final product but Microsoft does not install any of the pre-requirements for Exchange 2016 (as seen in my screenshot above) – So you would still want to fire off PowerShell and do the normal magic.

If you want the installer to upgrade your schema, you need the RSAT addon. Of course you can upgrade the schema as done previously, however as you really not do this in production AD this can an easy way of doing it

So after that’s done we need to install the pre-requirements for the mailbox role (remember the only role) – after all the features are installed you need to reboot your server.

When that’s done we can go ahead and add the last two peaces:

This should be enough for installing Exchange 2016. Let’s run the installation.

Yes always check for updated, I have never received any but lets check. 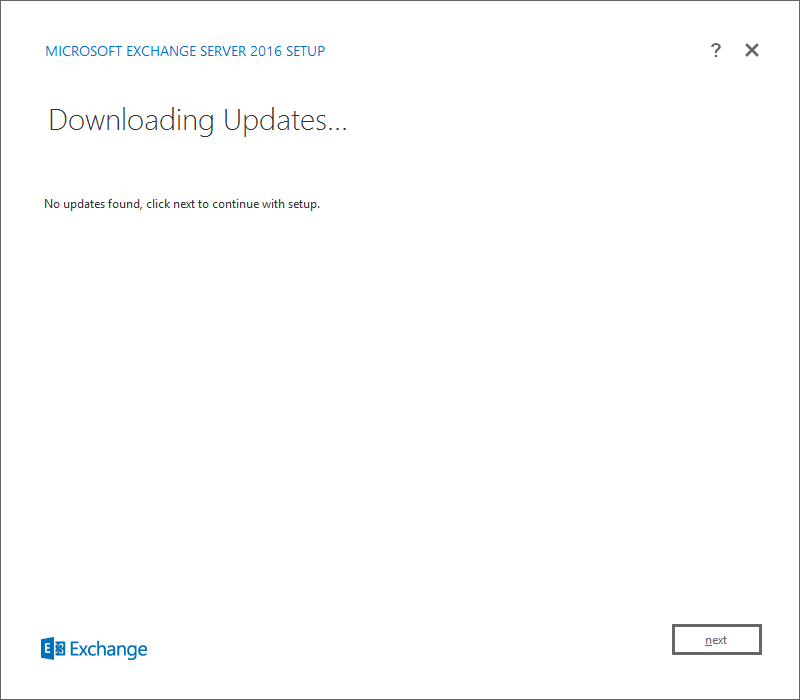 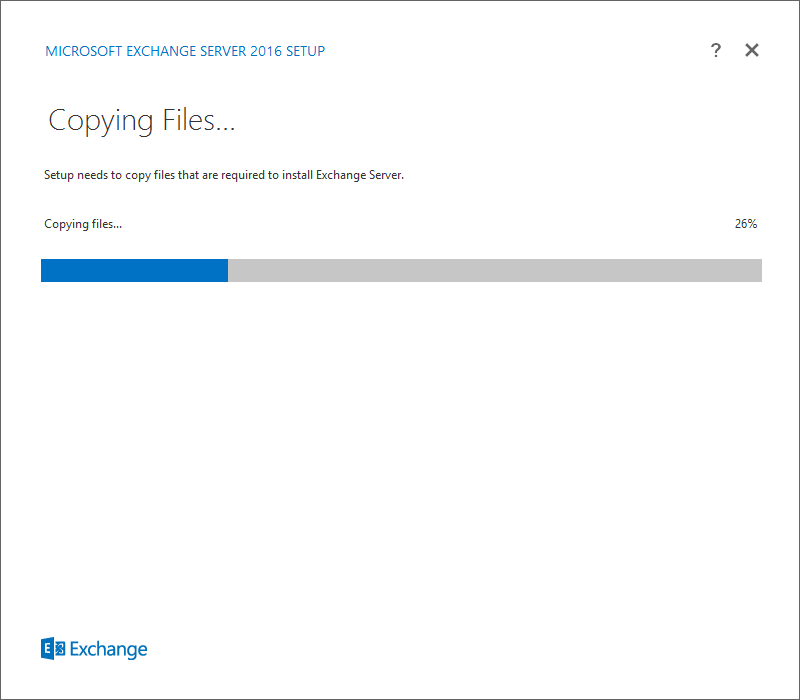 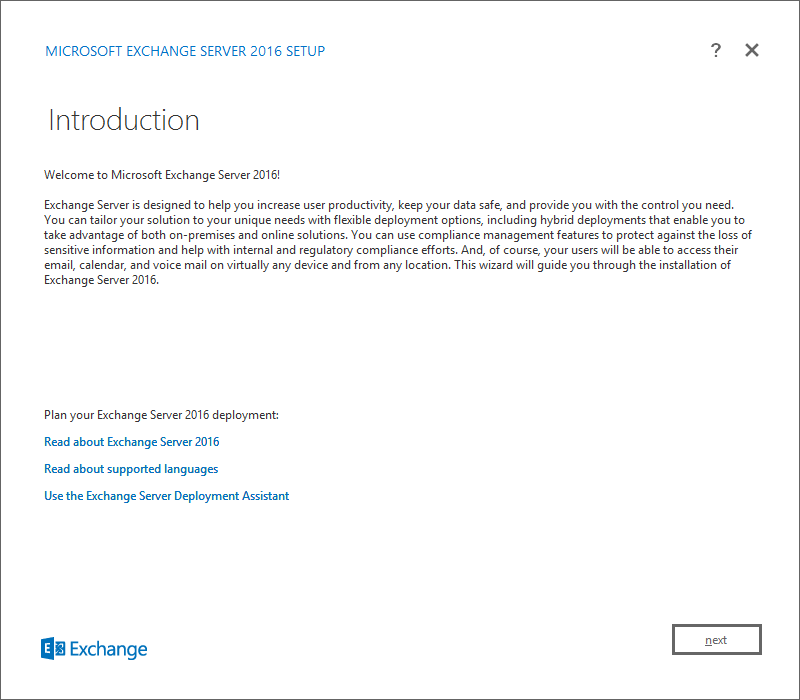 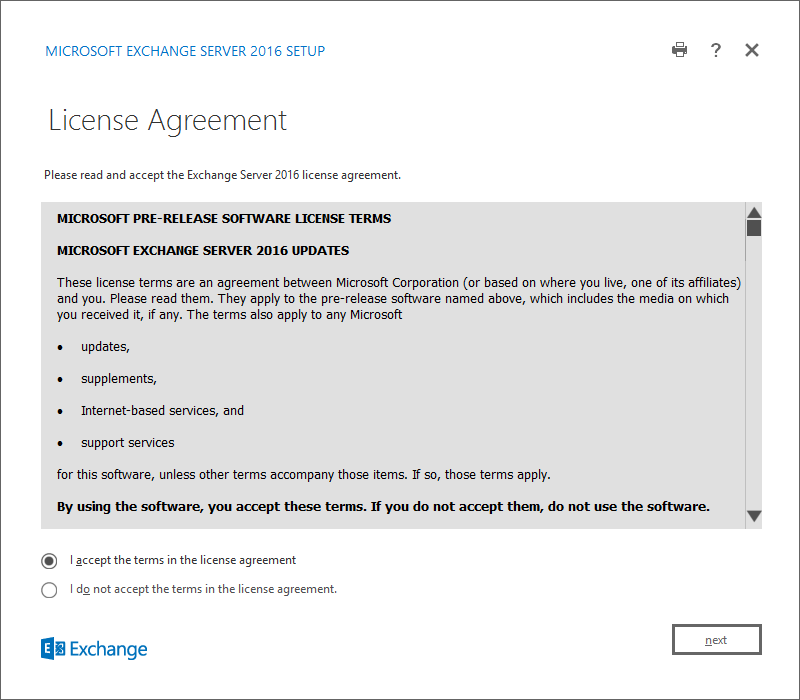 We all read these right? 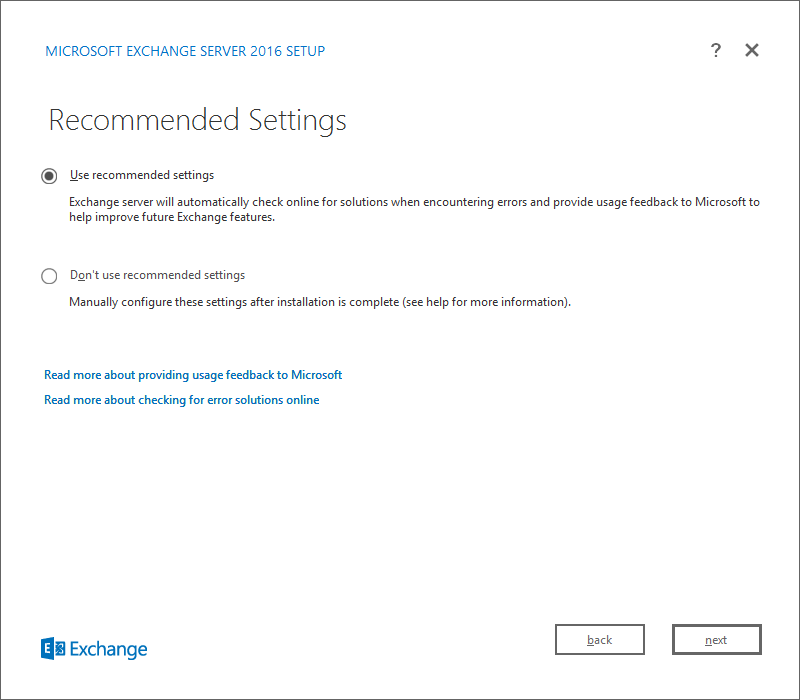 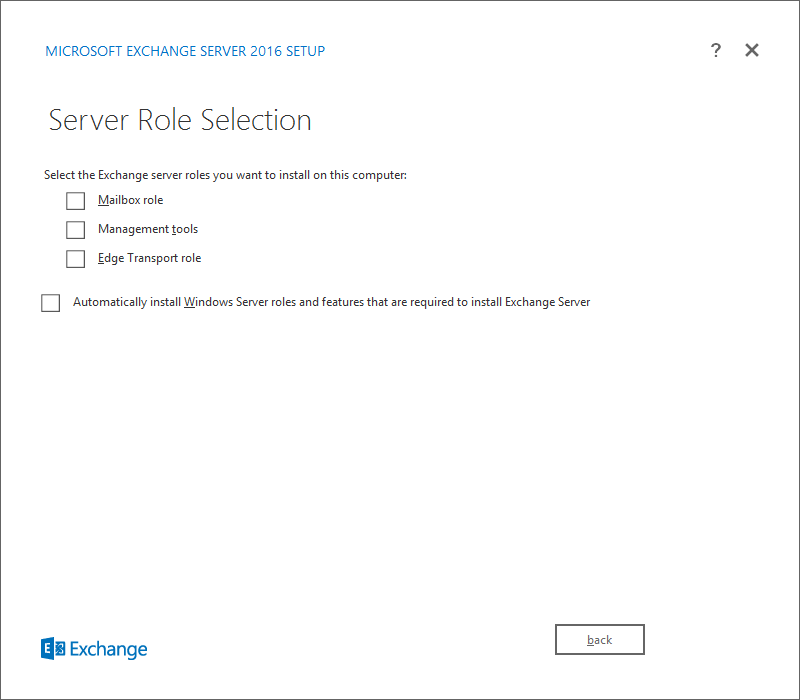 There is our mailbox… one-fits-all-role 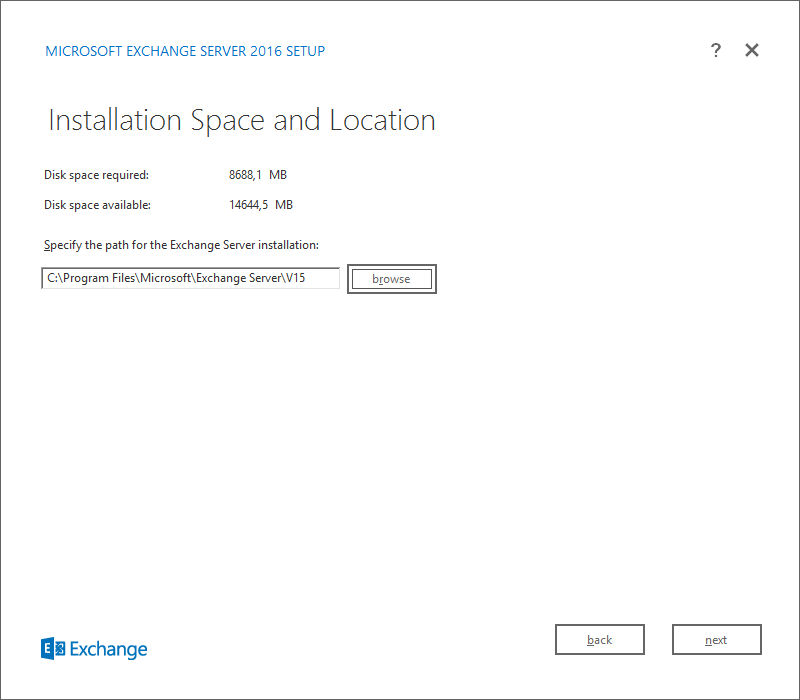 We all have some space left, I’m using SSD disks here so saving some space 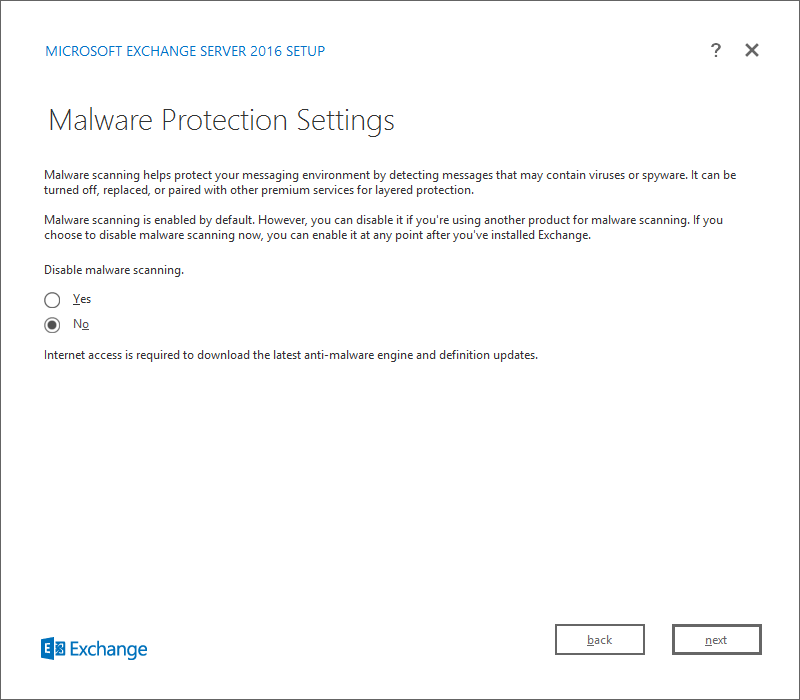 Its up to you 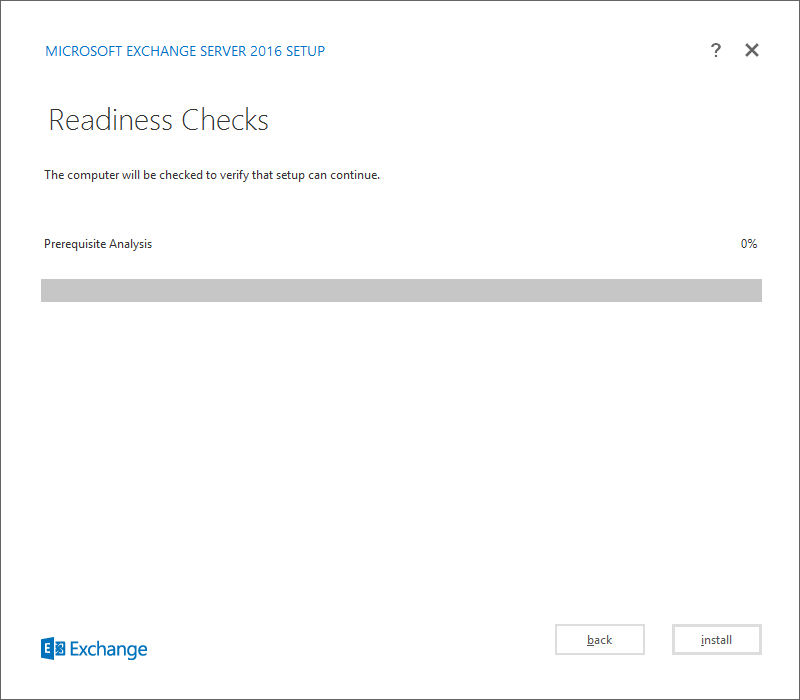 The moment we have all been waiting for, will it work or not? 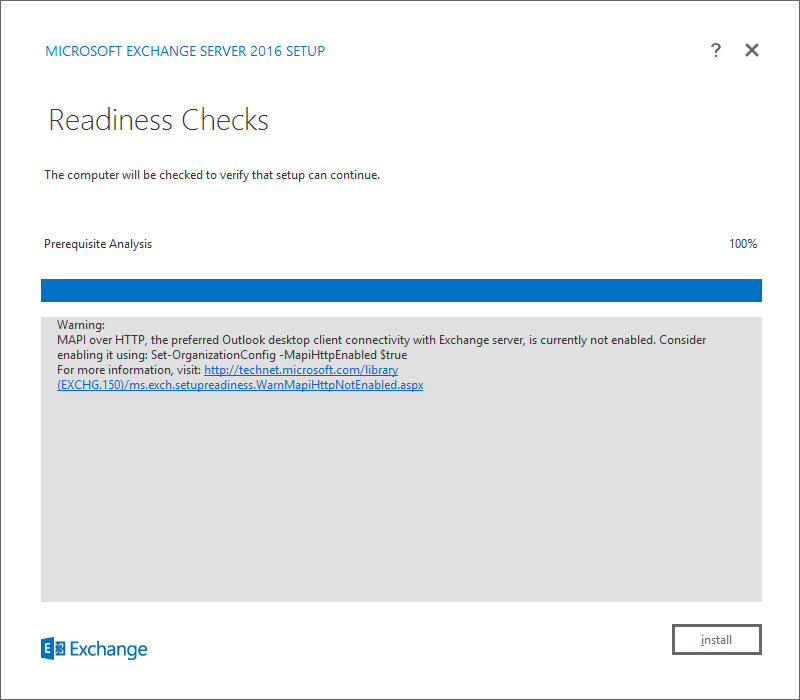 You might get this if you have an existing Exchange installation in the same site.

So we are now ready to install Exchange. The message above related to how Exchange talks to clients, as we know from Exchange 2013 Microsofts preferred protocol is MAPI over HTTP, both for internal and external clients. That means Outlook Anywhere is no longer preferred as I mentioned in the beginning of the blog post. 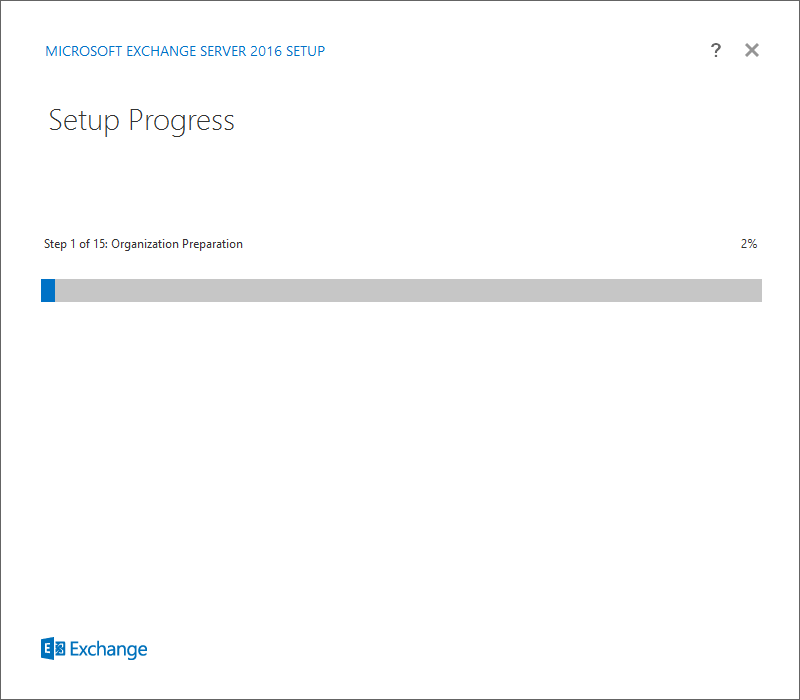 Time to take a break

The installation will take some time, and it always reminds me that I could change my Windows 2012 R2 VMware template to have at least 4 vCPUs compared to one as my template currently has configured. But you always forget, luckily the blog does not know about the delay so now the installation should be completed. 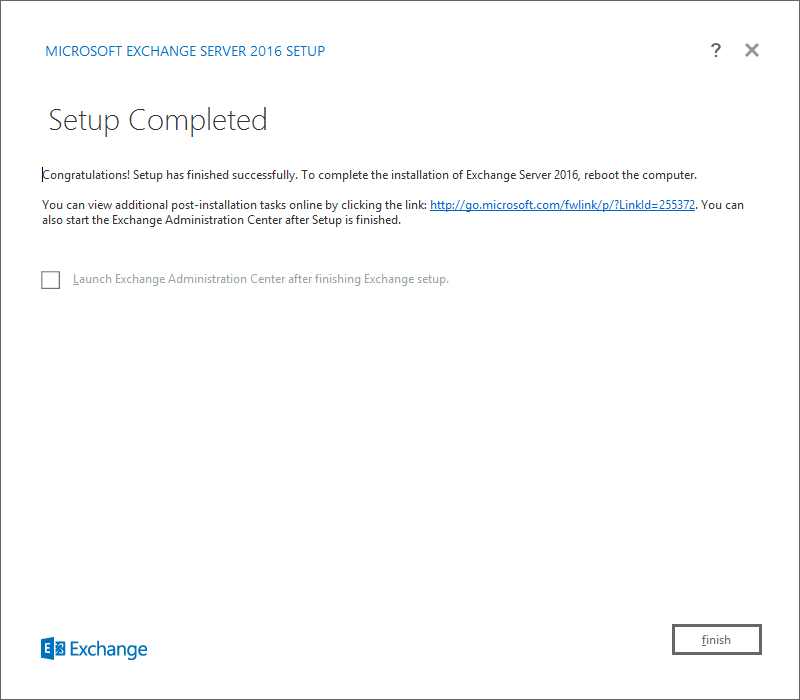 We are all done

Version number not entirely correct but we are at Exchange 2016

So now installation is complete, in Part 2 we will focus on the co-existence with Exchange 2013.